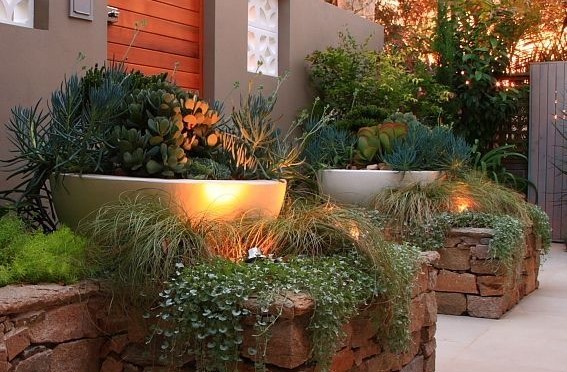 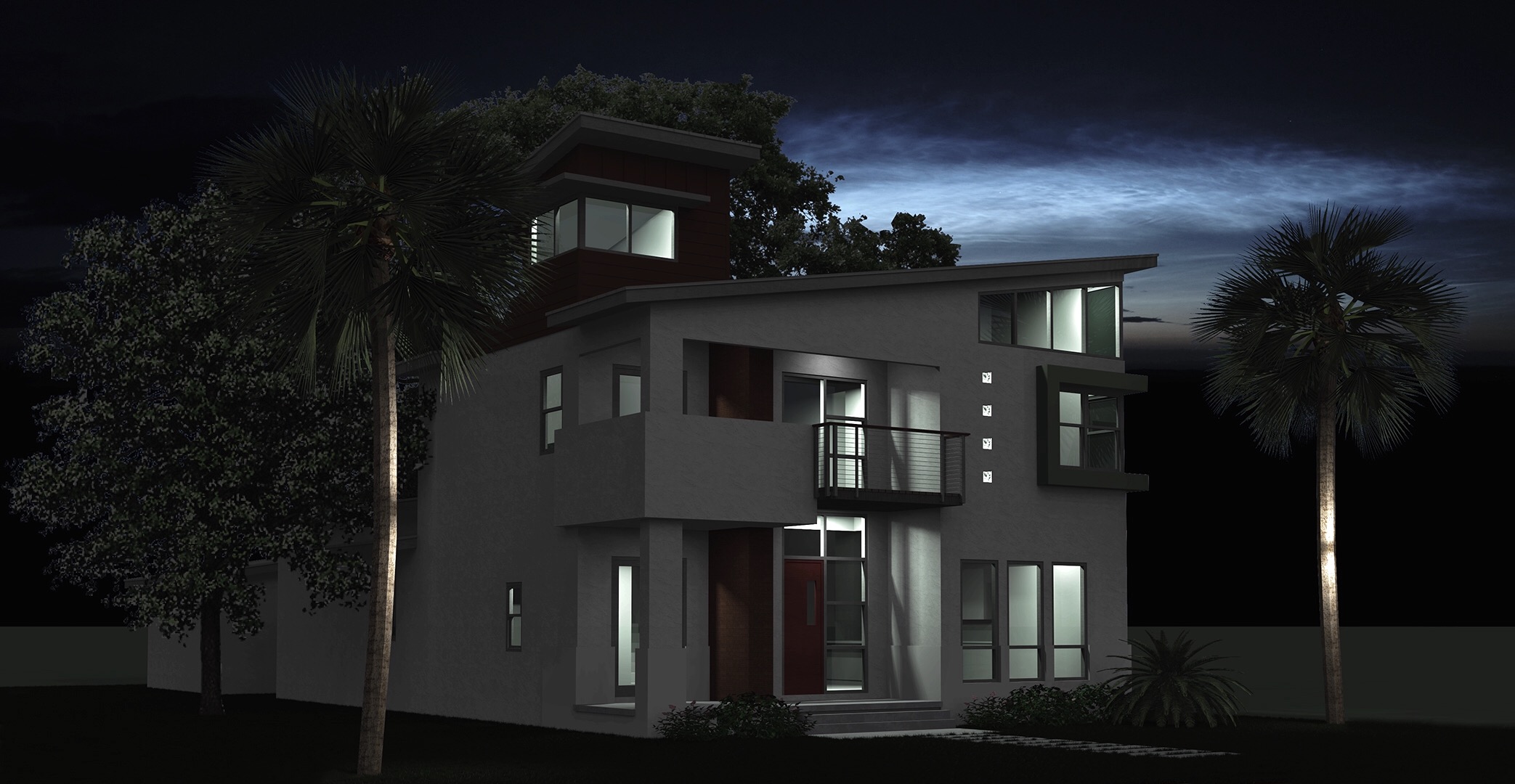 I’ve always loved the clean lines, angled rooflines and artful indoor-outdoor marriage of the mid-century modern style of architecture. Regular readers of my blog are in some sense my family, so I don’t mind sharing with you that this home should have my name on it!

This is my dream home. For reasons I’ll go into at the end of the piece, it won’t be mine. But I’m thrilled to have had a hand in creating the vision, along with two premier Tampa Design professionals and an amazing Tampa builder.

More details about this stunning house in a moment. But first a word about the professionals who shared my vision to create and market this house. Without them, it would never be built.

I became involved in marketing and finding mid-century modern homes last year when I decided to purchase an old 1950s­1960s block home to renovate for myself. I love the open-house concept, clean lines, angled roofs, and the melding of indoors and outdoors with lush tropical courtyards and expansive glass that was used to allow natural light into the home.

What I learned was the homes I found had potential to be spectacular, but no homes were for sale that were already renovated and had the square footage I wanted.

Most original mid-century homes were between 1,100 and 1,400 square feet. The homes could cost anywhere between $150,000 to $350,000 unrenovated, depending on location.  Investors are not buying these homes to flip, and the trend is so new that homeowners who have rehabbed mid-century homes aren’t yet selling them.

Finding what I wanted became a real struggle.

First, the neighborhoods where most of the mid-century homes were located were not in areas I personally wanted to live, near the urban core of either Tampa or downtown St. Pete.  You can find more inventory in Temple Terrace, a suburb of Tampa near the University of South Florida, but the majority of homes are in Pinellas, in neighborhoods like Lakewood Estates, The Pink Streets, Jungle Prada and Gulfport.

Location not the only problem

The second obstacle I ran into was that if a mid-century modern home was located in a flood zone – such as Ballast Point or Beach Park in South Tampa or near water in St. Petersburg – I could spend only 60 percent of the home’s current depreciated value on renovation. That “value” is determined by the property appraiser.  By city rules, you are restricted in the amount of money that you can sink into a flood-zone home.

Most of the homes’ depreciated values were coming in low – very low, between $60,000 and $80,000.  It hit me that I would not be able to do the renovations I wanted per county guidelines.

Builders were telling me that it would take somewhere between $60,000 and $80,000 to do a whole-house renovation, a figure I found reasonable given that I’ve already got one or two home renovations under my belt. Most of these houses would need new windows and doors. Kitchens would need gutting, and bathrooms would need to be completely redone. What’s more, it’s a rare homeowner who would not wish to expand a mid-century home’s square footage, because the master bedrooms and bathrooms are too small for current-day tastes.

Experience also told me that even the $60,000 and $80,000 estimates might be low. First-blush estimates are sometimes unrealistic because problems are discovered with older homes once you start the renovation. Anyone who watches HGTV knows that old plumbing, wiring, and a host of other factors can significantly increase the cost and blow your budget.

Building a home that adheres to current building codes, even if in a flood zone, will allow you to do almost anything provided the home will fit on the lot. Insurance costs on a new home can be lower, and of course modern, energy-efficient building materials are used from the get-go – and all of that can add up to big savings.  I’m getting quotes as low as $400 a year for flood insurance for a 2,900-square-foot brand-new home in a flood zone. Homeowners insurance is running about $1,500 a year as well. You might have to shell out double or triple that amount on insurance costs for older, smaller homes – they’re just not built to withstand hurricanes and probably fail to meet today’s building codes in other ways as well.

This is the main reason new construction of these new-century modern homes has taken off in a big way.

I became part of the new trend

I decided that building a new home was going to be the best bang for my buck!

Once set on that course of action, I was on a mission to find a home builder who could construct a new-century modern home. It is a term coined to describe architecture reminiscent of the classic mid-century modern home, yet utilizing current materials, color palettes and architectural theory.

I met with several builders of Modern Homes in Tampa Bay Their vision was in line with what I wanted, and we shared the same passion for modern architecture: A blend of the old mid-century with new-century modern. Many of  the homes resemble the famous mid-century modern architect Joseph Eichler.  After World War II, Eichler built some 11,000 single­ family homes in California.

Many New-Century Homes are located in unlikely places, such as Historic Kenwood in St. Petersburg.  Sometimes finding larger lots in the urban areas is difficult, but these designs don’t necessarily need large lots.

The design is simple and low profile, having open spaces and interiors that open up to views of landscaped courtyards. These lines really allow you to have viewpoints from the inside of the home out – something to look at while you sip a glass of wine and relax while still maintaining privacy.

The homes are visually handsome, clean, and the open spaces make the home feel larger than it really is. There’s no wasted space.  No two homes he builds are exactly the same because he is appealing to a sophisticated buyer who respects quality and uniqueness. He understands why people are moving from cookie-cutter suburbs back to the cities.

As a licensed Realtor, I decided to start a new website,https://midcenturymoderntampa.com/ . Please consider it your resource if you are looking to renovate or build a modernistic home.

To learn more about me:

Where are all the Mid-Century homes in Tampa, St. Petersburg and Clearwater?

If you are looking for a Mid-Century Modern Design Home and want the advantages of energy efficiency and modern conveniences, chances are you are going to have to build one yourself.

Mid – Century Style is BACK and in  BIG way! 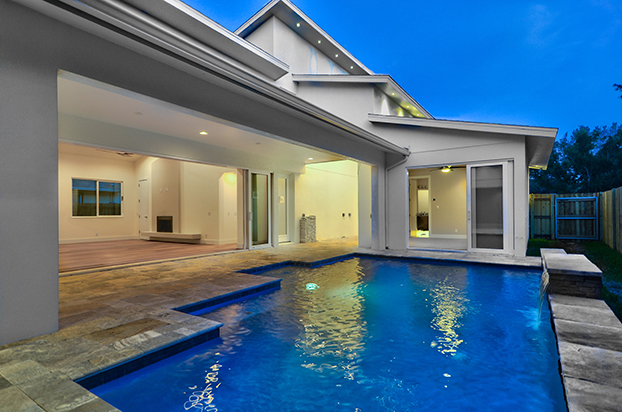 The Mid-Century Modern house craze has been developing over the past few years in trendy areas like South Tampa, the Old Northeast neighborhood in St Petersburg, and various other up and coming areas where there’s a nice mix of MCM style and Bungalow style homes. Typically found in or near Historic Districts.

The lack of inventory for 1950’s-1960’s homes in these desirable neighborhoods, with the Mid Century Style and Elegance has opened up opportunities for new home construction home builders.

This is what you will typically find in an older Mid-Century style home. I found this one in Largo, not far from Indian Rocks Beach. It has all the right lines architecturally, but it is small. A two-bedroom home with only 1,200 sf. 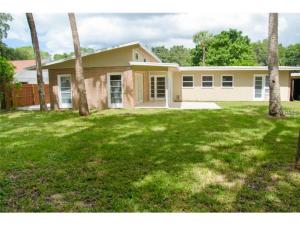 around with these same lines, but they are very rare and typically need a major renovation.  If given a choice, buyers prefer new construction.

Expect to find volume ceilings with small windows toward the top of the ceiling, floor to ceiling windows that allow light in are also common as they once were in the 50’s and 60’s. 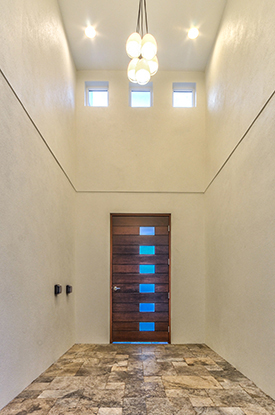 The angled roof lines are back! Sleek and updated designs for today’s mid-century modern home buyer. I just love the angle and architectural design of this home. 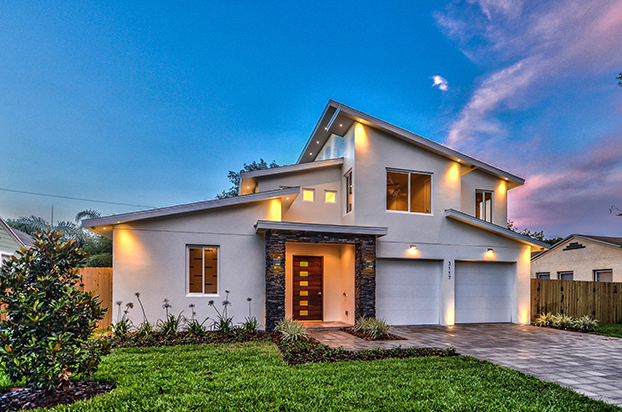 If you are in the market to find and purchase a Mid-Century Home in the Tampa Bay area, please contact Rae Catanese.