How Did Mid-Century Modern Evolve? 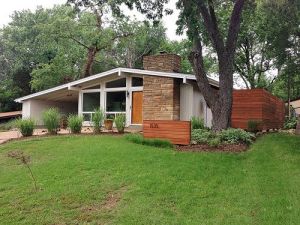 Clean Lines, Open Spaces: A View of Mid-Century Modern Architecture focused on the construction boom in the United States after World War II. Sometimes considered cold and unattractive, mid-century modern designs were a by-product of post-war optimism and reflected a nation’s dedication to building a new future. This new architecture used modern materials such as reinforced concrete, glass and steel and was defined by clean lines, simple shapes and un-ornamented facades.

Modernism emphasized form and function, and to a certain degree, utilitarianism. Luxury in the mid-century modern house didn’t necessarily translate into square footage. It translated into a lifestyle; mid-century modernism was all about a style of life as well as a ‘look’ in architecture.